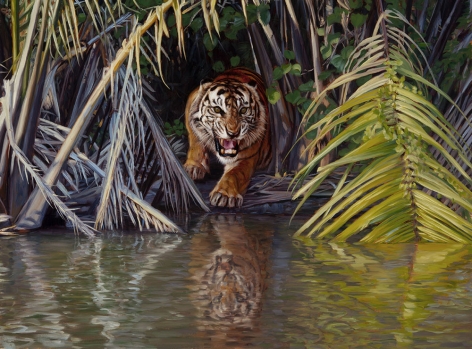 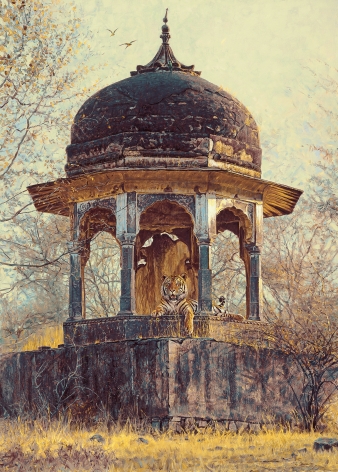 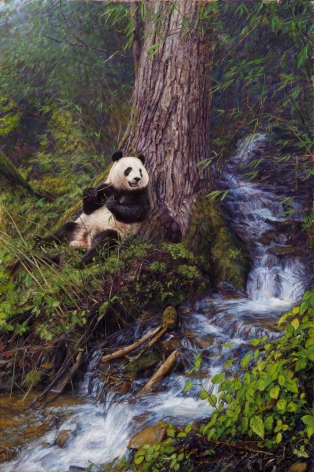 India inspired me. The colors, sounds, creativity and religious cultures set me on a path to learn more. The royal Bengal tiger ignited a desire to paint all the wild cats. To be honest to myself and true to these magnificent predators I had to visit the remote places they called home first. And so the journeys began.

India has roughly three-fourths of the world’s estimated 4,500 tigers. I only needed one. After several weeks in Rajasthan and Madhya Pradesh, I saw 14 different tigers, many while riding on an elephant’s back. One day, while watching two young cubs and their mother, my lens hood slipped from my hands. Anyone who’s had a cat knows that kittens cannot resist quick movement on the ground. They were on it in seconds. Little hope of retrieval remained, but I clung to it as tight as I did to the rest of my camera equipment. Then, one of the cubs’ paws slid through the lens hood. He wore it like a gladiator’s leather armband. When he charged through the ferns and rocks, his sibling raced to catch him from behind. After the pursuit ended, the tiger put his teeth to the lens hood. In one bite, he’d freed his leg and shattered my hopes of recovery.